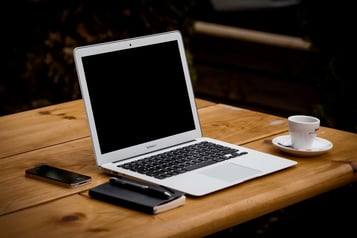 In the closing days of 2017, we can look back on a year of milestones in how mobile communications evolved the way we work and live.

This year marked a decade since the launch of the iPhone and featured Apple’s release of a new version of the iconic smartphone to recognize the anniversary.

Steve Jobs announced the first iPhone at Macworld in January 2007. By June, the buzz was so loud in the US that people lined up outside Apple stores across the country.

No previous smartphone had quite captured the public’s imagination, and the momentum has not lessened in the intervening decade, as shown in this year’s launch of the iPhone X.

Arguably the widespread adoption of smartphones sparked by the iPhone launch led to two critical business communications trends related to cord-cutting: Bring Your Own Device and “Mobile First” communications.

Both BYOD and Mobile First are essential parts of the trend of cord cutting among consumers and businesses, as communications increasingly take place on mobile devices instead of traditional wireline devices.

We saw critical milestones in cord cutting in 2017.

Early in the year, the US Department of Health and Human Services announced that the majority of US households now have only wireless phones. The survey showed that 50.8% of US households have no landline phone but at least one cell phone.

This cord cutting is carrying over into the workplace in the concept of Mobile First communications, in which a company makes mobile phones the primary tool for communications. That enables landline desk phones to be reduced or retired.

Telecommuting is one such example, and the work-at-home trend continued to advance in 2017. In June, the US government released statistics showing that a third of college educated workers do some or all of their work at home.

But the emerging work-anywhere, work-anytime culture is running headlong into the need for security and compliance of communications, which are critical requirements in many industries.

Compliance Concerns on the Rise

Many companies spent 2017 working toward compliance with several important new communications regulatory rules that will go into effect in 2018.

In Europe, the new MiFID II regulations will go into effect in January with new communication recording and archiving rules for virtually every type of entity delivering financial trading services.

The rules require calls relating to a financial trade to be recorded and saved.

But at the same time, new privacy regulations require companies to ensure that private communications remain private and Are not captured by company systems. The prime example is the General Data Protection Regulation (GDPR) that goes into effect in Europe in May 2018.

These two important regulatory mandates in essence mean you must record employees’ financial trade conversations that they make on their mobile phones. But you also must not record any private calls they make on those phones, so your mobile call recording approach must reflect those exceptions.