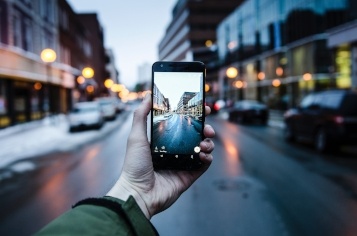 But how soon can we rely on technology to make cars “self-driving” and end the distracted driving crisis?

Distracted driving is one of the most significant contributors to a recent major increase in motor vehicle deaths, according to the National Safety Council.

Data compiled by bicycling enthusiast web site BestofBikers.com shows that up to 25% of motor vehicle crashes are believed to be the result of distracted driving. And that statistic is thought to be underreported, the site says, since drivers in accidents don’t like to admit that they were distracted by a cell phone, for example.

Yet drivers continue to text, talk on cell phones, and otherwise let their attention be drawn away from the road and the environment.

For years now, the concept of autonomous vehicles has promised to put an end to this risk. But when will it truly be safe to be distracted and “drive”?

To answer that question, we need to ask how autonomous are today’s autonomous vehicles? Based on an internationally adopted standard, today’s production vehicles are actually still quite some distance from being truly self-driving.

Level 0: No automation, requiring a human driver at all times.

Level 1: Assistance. The car’s systems assist with steering or acceleration and braking in certain circumstances.

Level 2: Partial Automation. The car’s system can steer, accelerate and brake but needs a human to monitor everything.

Level 3: Conditional Automation. The car’s system can do all driving tasks but needs a human standing by to take control.

Level 4: High Automation. The car’s system can drive and even respond to emergency situations if the human fails to take control in time.

Level 5: Full Automation. The car’s system drives all the time without needing human involvement at all.

As this scale shows, every level of autonomy except Level 5 implies that a human is either in control, or monitoring the environment, or alert and ready to take control at some point.

So arguably no distracted driving is safe until cars are at Level 5 and require no humans at all. But even today’s most advanced autonomous vehicles are only at about Level 2 of this scale.

Until truly self-driving cars arrive on the scene, we can turn to other technologies that can reduce the potential for distracted driving.

For example, Apple is including a “do not disturb while driving” function in an upcoming version of iOS. But like similar features on Android phones, app-based driving safety functions are generally dependent on the phone user to use them properly and not, for example, circumvent the protections.

Another approach is to embed the technology into the mobile network so that users cannot do an “end run” around it. By incorporating a mobile device policy engine into the communications network, a company can enforce safe driving policies for its commercial drivers, for example.

Policies might include preventing cell phone texting or calling during peak traffic hours or when the vehicle is above a certain speed. But the system could still permit the driver to dial emergency services or other exceptions as the policy allowed.

Our Mobile-X is the basis for our Responsible Driver System that enables companies to enforce responsible driving policies on their drivers.

Contact us today for a demonstration of Mobile-X  to learn more.