All eyes are on Scotland as the UN’s international climate summit began this week. 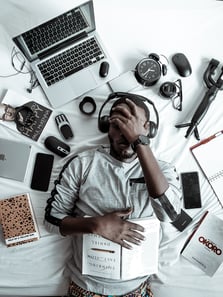 More than 100 heads of state are meeting in Glasgow at the COP26 summit to explore initiatives to curtail climate change.

When the topic of cutting carbon emissions is raised we often think about the way we produce energy, such as using fossil fuels versus renewables.

Or we consider what we can do as individual households or businesses to reduce our overall energy consumption, like turning the heating down, flying less, getting an electric car, and so on.

But how often have you considered the global impact of the mobile phone you carry in your pocket?

In fact, the production of mobile phones has a major environmental impact. But new eSIM technology can enable you to significantly cut your company’s contribution to that impact.

The average mobile phone creates 55 kilograms of carbon emissions through the manufacturing process.

That’s the finding of researcher and writer Mike Berners-Lee in his book How Bad Are Bananas: The Carbon Footprint of Everything.

His figure is based on an average of carbon footprints derived from four manufacturers of 17 mobile models, including a couple non-smartphones.

The analysis in Berners-Lee's book is truly eye-opening:

How much is 55 kilograms of carbon?  It’s the equivalent of running your washing machine three times a week for 26 weeks – fully half a year!

The average person in the UK is expected to live to age 81, and the average age of a child that gets their first phone is 10. So the average British consumer has a phone for about 71 years.  This is around 5000 kilograms of CO2, the equivalent to flying from London to New York 7.5 times.

If that doesn’t seem too bad, let’s scale it to size.  In 2018 there were 1.9 billion mobile phones manufactured, meaning 104.5 million megatons of carbon!

This is more than the entire carbon emissions of each of these countries: Nigeria, Norway, Switzerland, Greece and Kuwait. It ranks higher than 170 countries! If mobile phone manufacturing were a country, it would be ranked 39th of 209 for carbon emissions.

And it’s getting bigger. The biggest contributor to the carbon generated in mobile device manufacturing comes from the circuit technology in each device (CPUs, graphics cards, SSDs, etc.) As phones get smaller and more powerful all the components inside require more and more carbon intensive manufacturing, raw materials and production.

This chart below by Compare and Recycle of carbon emissions for Apple products shows the growth evolution of the smartphone and its carbon footprint. The data is from Apple’s own emissions reports. 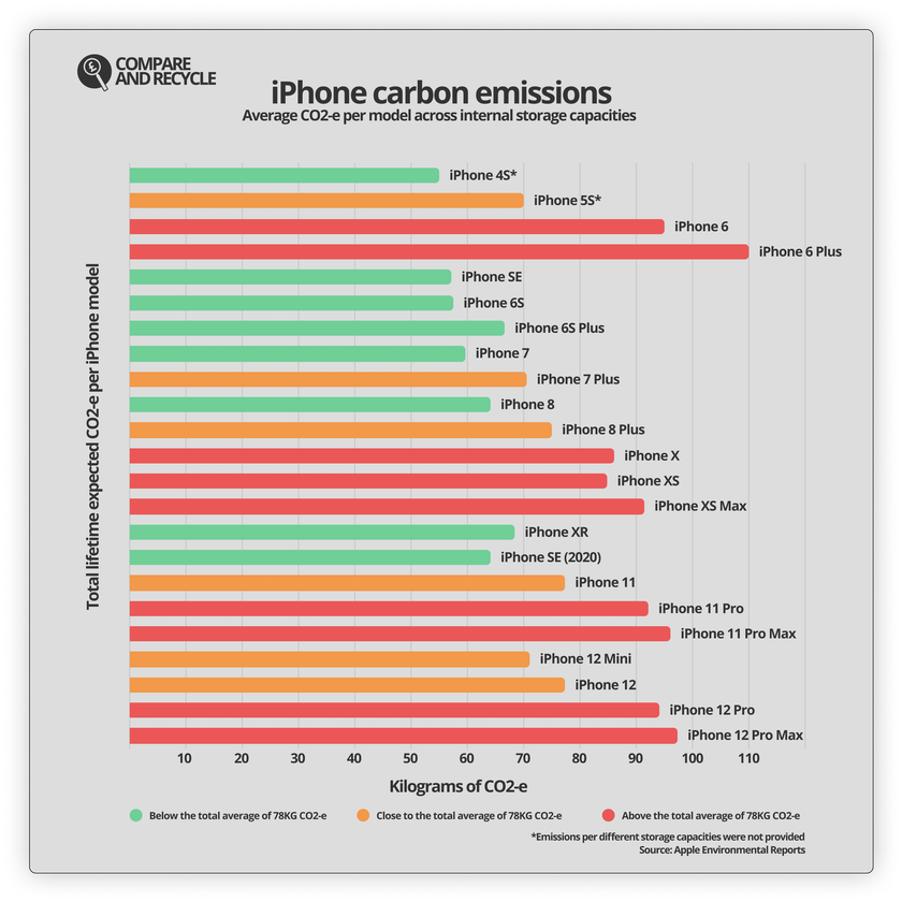 A recent study in the Journal for Cleaner Production found that the relative contribution of information technology products to the total global carbon footprint is expected to grow from about 1% in 2007 to 3.5% by 2020 and reaching 14% by 2040.

That’s more than half the relative contribution of the entire transportation sector worldwide.

And here we are just looking at the carbon footprint and not the full environmental impact.

Manufacturing mobile phones and the chips that go inside them requires large amounts of water. They also contain valuable raw materials, only 1% of which are recycled, according to PBS. Mining creates large amounts of waste and in some countries with low or no rule of law mining can lead to conflicts and create large risks in the supply chain.

If everyone kept their mobile phone for one-third longer it would save the same amount of emissions as the entire annual carbon emissions of Ireland.

Research by Deloitte pre-pandemic found that of 32.3 million UK workers, 51% spend some time away from a fixed location for their work, with 37% using a smartphone or tablet for work purposes.

This means that around 13 million use a smartphone or tablet for work purposes in the UK. If these phones are replaced annually, that  equates to up to 660 million kilograms of carbon in mobile devices. That’s more than the entire emissions of Gibraltar!

Consider also that large number of companies issue company-provided mobile phones to many employees. That means these employees end up carrying two phones, one for business and one for personal usage. Now the carbon footprint of that employee has doubled. 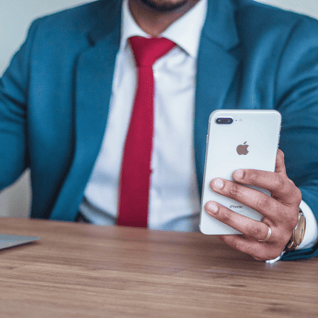 Most people are familiar with a SIM card, the small chip device that loads all of your network plan information onto your phone. As technology has advanced they’ve become smaller and since 2016 they’ve become virtual - software that runs on the phone rather than info on a physical SIM card.

This new generation of SIM, called the eSIM, is a reprogrammable chip that is embedded inside a device (smartphone, tablet, wearable or connected object). The information on an eSIM is rewritable and can be updated over the air.

It is possible to run multiple eSIMs on one device. You can run a physical SIM and an eSIM.

That’s why our new service, Mobile-X Extend, is creating such major buzz in the industry. It is the first service that takes an eSIM in a mobile phone and turns it into a fully featured business extension.

That’s why we describe it as the service that makes BYOD ready for business. Now your company can stop issuing mobile phones to employees and instead turn an eSIM in a personal phone into a secure business phone line controlled by your company.

Mobile-X Extend is a new offering based on our Mobile-X fixed-mobile convergence technologies, which is covered by more than 90 patents. 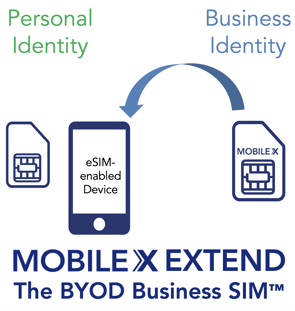 Mobile-X Extend is available for customer pilots now and will be generally available in 1Q2022. The service is sold solely through Tango Networks’ value-added resellers and communications service provider partners.

Want to learn more about Mobile-X Extend? Just fill out the form and we will be in touch: